In 2012 Culverwell were appointed by Hard Rock Café to conduct a property search and acquire a new flagship restaurant / music venue in Glasgow City Centre.

At the time their only Scottish site was in Edinburgh and they had identified Glasgow as a significant opportunity for their expanding brand.  Key to their requirement was securing a character building in a prime location which both shoppers and tourists would recognise.  During our search one building stood out from the rest, and that was the 20,000 sq ft former Athenaeum Theatre on Buchanan Street. Established in 1893 , the theatre was originally a music school and later it became the home to the Royal Scottish Academy of Music and Drama. 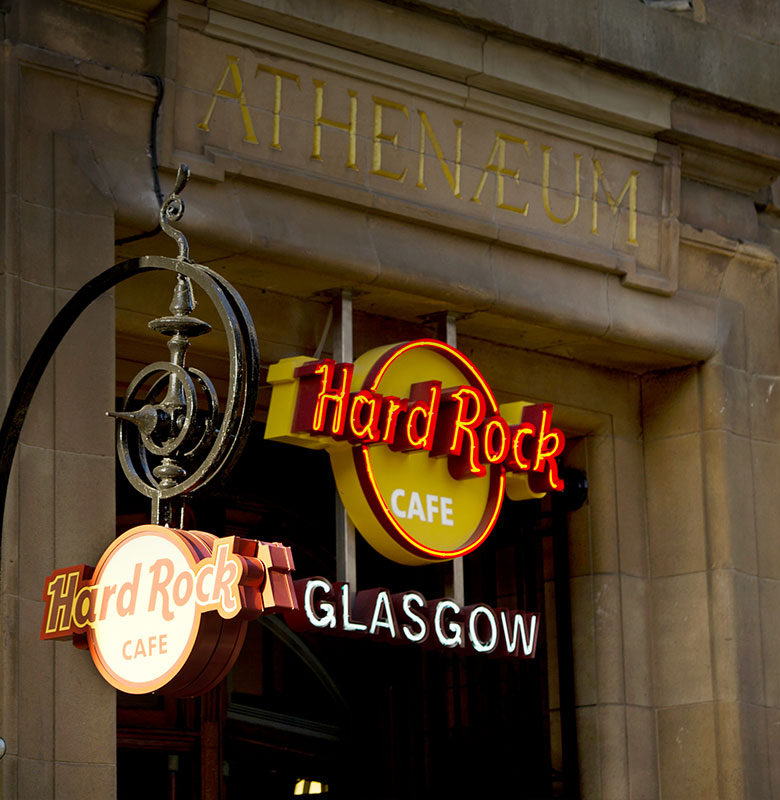 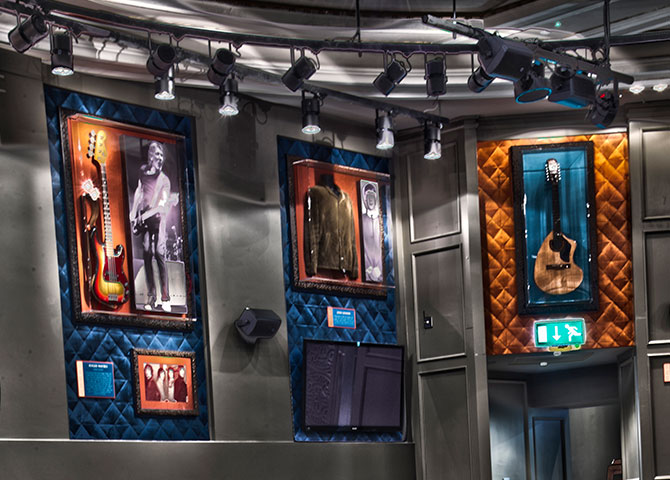 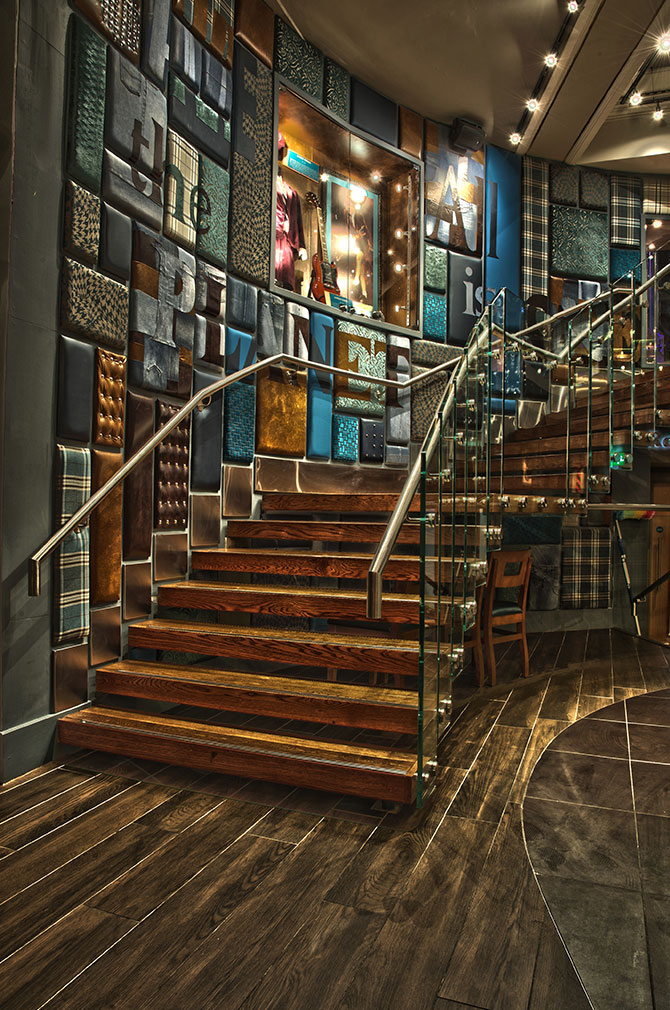 Hard Rock has sympathetically restored this outstanding building to its former glory.

Following a site visit from Hard Rock’s American Board, we were asked to negotiate best terms and secure the site. After agreeing a conditional missive, Hard Rock successfully secured planning and licensing and opened the doors to their new 170-seat restaurant/music venue in Autumn 2013. Since opening, the site has traded exceptionally well attracting tourists and locals to this unique venue. Hard Rock has sympathetically restored this outstanding building to its former glory and in true Hard Rock style, placed some of the most sought-after historic musical memorabilia throughout the building. As you enter the venue you are instantly greeted with John Lennon's corduroy jacket that he wore during the mid-60s; platform boots that were part of a Statue of Liberty costume he wore on stage in the 70s and a bass guitar that belonged to Pink Floyd's Roger Waters.

From the outset Buchanan Street, with its excellent footfall, was the prefered location and to secure such an iconic building in the heart of the street was a fantastic result. Culverwell is proud to have played such an important role in identifying and securing this site for them.

Hard Rock has more than 175 cafés in over 55 countries and continues to expand worldwide with more cafés and hotels planned in the future.

In true Hard Rock style they have some of the most sought-after historic musical memorabilia throughout the building. 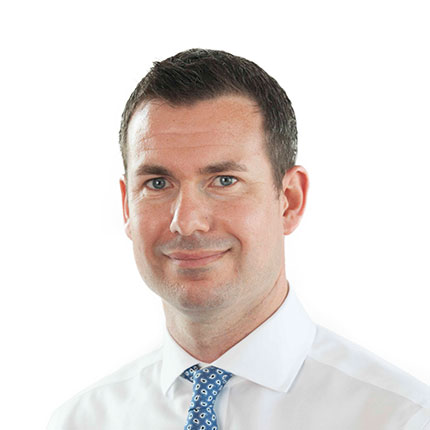 has over 13 years experience in the retail and leisure market.

Andrew's work focuses on disposals and acquisitions on the high street and in shopping centres.